Glenn Fleishman is back to talk about a number of new projects, including his new activities as Macworld’s  Mac 911  columnist and being the new co-host of the  Macworld podcast, but the focus of the discussion is on his new book,  A Practical Guide to Networking and Security in iOS 8. There is lots to like about all the new networking capabilities and functions of iOS 8; Glenn talks about his favorites, what works, and what you should consider â€œworks in progress.â€ Fitting it naturally with networking is the subject of security. Glenn covers not just the technical side of things, but also the intersection of security and society, and issues  surrounding your rights to privacy.

Glenn Fleishman is a Seattle-based technology journalist and two-time winner on Jeopardy. He write largely about where technology crosses with people’s lives, as well as exhaustive technology explanations. At Macworld, he authors the Mac 911 user-help column, a column on privacy and security Private I, and is a co-host of the weekly Macworld podcast. He has contributed to the Economist since 2005, including nearly 400 online blog posts and articles, as well as Fast Company, MIT Technology Review, Boing Boing, TidBITS, Six Colors, and others. You can find him on Twitter as @glennf on Twitter and check out everything else at his blog, Glenn Fleishman, Unsolicited Pundit.

The Magazine The New Disruptors 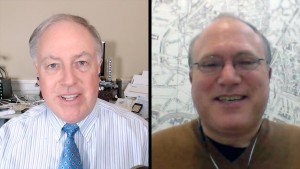