Apple’s announcements at their Spring Forward event were varied and many. The MacJury evaluated the evidence and deliberates on the reduce price of the Apple TV and the exclusive deal with HBO, the innovations in the new MacBook and who will benefit from them, and all aspects of the Apple Watch. Find out why questions still remain and what the stand-outs features of Apple’s latest offerings were from the panel of Jeff Carlson, Michael T. Rose and host Chuck Joiner

Author and photographer Jeff Carlson (@jeffcarlson, [email protected]) is a columnist for the Seattle Times, a senior editor at TidBITS (tidbits.com), and writes for publications such as  Macworld  and  Photographic Elements Techniques. He is the author of  The Connected Apple Family,  The iPad for Photographers, Third Edition,  iPad & iPhone Video: Film, Edit, and Share the Apple Way, and  Take Control of Your Digital Photos on the Mac, among many other books. He believes there’s never enough coffee, and does his best to test that theory.

Michael T. Rose began his Mac-centric career with a decade-plus stint in editorial technology at Entertainment Weekly & LIFE magazines, starting as a college intern right around when the Mac IIx was launched. After leaving the print publishing world, Mike worked as an IT lead and creative director for an NYC events and marketing agency. In 2013 he switched trains once again, and now enjoys his #dreamjob at Salesforce as a lead solution engineer. From 2006 to early 2015, Mike was a proud editor and contributor at  The Unofficial Apple Web Log (TUAW), now folded into Engadget. Mike & his family live in Brooklyn, NY. His personal blog is  GeekParent, and you can find him on  Twitter. 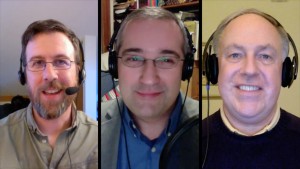