Kirk McElhearn, the author of Take Control of iTunes 10: The FAQ, Second Edition, provides some guidance on getting the most out of iTunes, regardless of whether you are listening to Schubert or the Grateful Dead (both are among Kirk’s favorites). He spends some time discussing iTunes Match, how to make sense of it, and why backup is such an important part of using it. What does and doesn’t belong in the cloud, the value of digital upgrades and more are all part of both this conversation and his new book.

Kirk McElhearn writes about Macs, iPods, iPads, iTunes, books, music and more. He’s written a dozen books, is a Senior Contributor to Macworld, and writes for several other web sites and magazines. He reviews classical CDs for MusicWeb and audiobooks for Audiofile, and is a French-English translator.

Take Control of Backing Up Your Mac 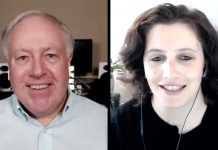