Jeff Carlson has tackled what arguably is the most prevalent activity iPad activity in Take Control of Media on Your iPad. Jeff discusses what is and isn’t optimal in listening to your iTunes library on your iPad, some playlist tricks that are far from obvious, and what he hopes to see corrected soon. Jeff also covers music and video streaming options, how AT&T’s data plan changes may affect your watching and listening habits, and how the iPad both enables and facilitates both ebook reading and impulse book purchases.

Take Control of Media on Your iPad by Jeff Carlson

Take Control of Working with Your iPad by Joe Kissell 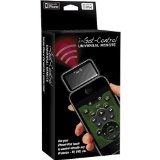