Bob “Dr. Mac” LeVitus has had a busy summer, and joins us to talk about a diverse set of topics that include productivity methods, his preferred writing tools, why the deletion of iTunes features is his fault, and taking photos with and without an iPhone.

This edition of MacVoices is sponsored by CleanMyMac 3 from MacPaw. Clean, optimize, and declutter your Mac safely and easily. 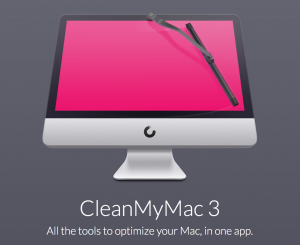 Bob LeVitus, often referred to as “Dr. Mac,” has been considered one of the world’s leading authorities on the Macintosh and Mac OS for nearly twenty years. A prolific author, Bob has sold millions of books worldwide in a dozen languages. His recent titles include: iPad 2 For Dummies, Incredible iPad Apps For Dummies, iPhone 4S For Dummies, and Mac OS X Lion For Dummies. He’s been a tech columnist for the Houston Chronicle since 1996 and writes regularly for The Mac Observer web site. His hobbies include playing guitar with the infamous Macworld All-Star Band, engineering audio recordings (mostly of classic rock songs), and budget video-making. Bob also has a Macintosh computing consultancy that offers expert technical help, training, and pre-purchase advice to Mac users via phone, e-mail, and/or Internet-enabled remote control software. You can fine him on Twitter and Google+.

You Have Me to Blame for the iTunes 12.7 Fiasco… by Bob LeVitus on The Mac Observer