In Las Vegas at CES Unveiled, Eve showed off some of their latest smart home devices that are Apple HomeKit exclusive. Lars Felber, Director PR, explains why and how they re-branded, and why they decided to rely solely on Siri. A surge-protected smart outlet, an updated temperature sensor, and a new light strip have been added to their selection of devices. 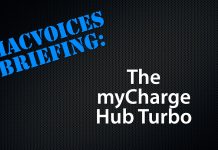