Mark Fuccio has been watching the Qualcomm v. Apple patent infringement suit with great interest. If you think this is just another Apple suit, think again. Mark feels this is worthy of a video series, and he makes a good case as he reviews what has transpired along the way. From the start of the controversy in Asia to the hefty penalties levied against Qualcomm for their lack of responsiveness, there is more here than you think. Mark helps us understand the story so far, and speculates on where it might go.

Today’s MacVoices is sponsored by eero, the wireless mesh network that you need. Find out how simple and powerful wireless can be. To get yours, with free shipping, use the coupon code “macvoices” at checkout. 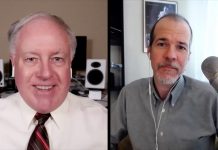