What was once a one-time conference has now grown into a whole series of events across the United States. Neil Ticktin outlines how the MacTech Conference has expanded in a big way, with MacTech Boot Camp, and MacTech InDepth. With more dates and locations than ever before, The MacTech events are for IT professionals, enterprise users and developers. Neil talks about the international flavor of the attendees, and the credentials of the presenters. Not just about the sessions, the events are also networking opportunities for all who attend. A discussion of some of the upcoming topics, how they are selected and more are included.

Take Control Books is a media sponsor of MacVoicesTV. Get the answers you need now from leading experts.

Neil Ticktin is Editor-in-Chief and Publisher of MacTech Magazine, the journal of Apple technology — a role he’s held since 1992. Neil is also CEO of the MacTech’s parent company, Xplain Corporation, which includes MacTech.com, MacNews.com, MacForge.net, AppleCentral.com. MacTech has not only been publishing in print since 1984, and on the web since 1994. In addition, MacTech’s holds live events across the country throughout the year, including MacTech Boot Camp, and MacTech InDepth, as well as it’s flagship MacTech Conference. 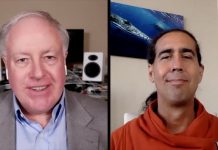 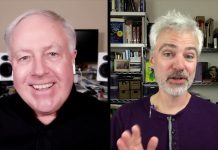