The MacVoices Live! discussion on the WWDC featured some of those items that impacted our panelists based on what they do and how they do it. In Part 1, David Ginsburg, Kelly Guimont, Jay Miller, Frank Petrie, Jim Rea, Guy Serle, Jeff Gamet, Brittany Smith, and first-timer Patrice Brend’amour deliver their overall impressions of the keynote as a whole, then drill down into Shortcuts on the Mac, the future of automation, and Focus. (Part 1) 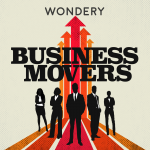 Kelly Guimont is a longtime Apple geek, sitting down (on a telephone book) in front of an Apple IIe in 1983. She can still hear the ticking of the ImageWriter. Thanks to the miracle of the adjustable leg desk, she no longer needs the phonebook. Kelly writes for The Mac Observer, is the host of the Daily Observations Podcast, is co-host of The Aftershow, and yet still has more to say which she saves for Twitter and Micro.blog.