Karen Anderson, long an editor of Take Control books, has moved into the driver’s seat, authoring her first title, Take Control of iPhone Basics, iOS 4 Edition. Karen talks about why you can be happy with an iPhone 3GS, especially if you have limited needs, but why the iPhone 4 is still at the top of the heap. No matter which iPhone you select, Karen helps you get more out of it by reviewing some of the features built in to both the device itself, as well as iTunes that are often overlooked, including Visual Voicemail and prevention of duplicate app purchases. Along the way, Karen touches on HDR photography, using the iPhone 4’s flash, the usability of FaceTime, the need for a “data strategy” for media purchasing and data syncing, and offers some unusual app recommendations.

Take Control of Mail on the iPhone and iPod touch, iOS 4 Edition by Joe Kissell

The Woogie from Griffin Technology 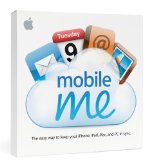