The MacVoices Live! panel takes a look at Apple’s updated Personal Safety Guide and the new updates to it that have to do with AirTags. That, of course, prompted more discussion of how AirTags are being used in both good, bad, and unexpected ways. Then, we poll the panel of David Ginsburg, Jim Rea, Guy Serle, Jeff Gamet, Warren Sklar, and Kelly Guimont on the contents and configurations of their workspaces as we all search for the perfect home office. (Part 1) 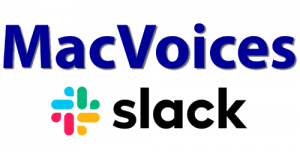