In a live virtual discussion with the Silicon Valley Mac User Group, Adam Engst and host Chuck Joiner review some of the announcements from Apple’s WWDC. The first part focuses on the importance of the “Apple Silicon” announcement…what it means for the future of the Mac platform, the motivations behind it, and how it may impact the future development of macOS, iOS, and iPadOS. 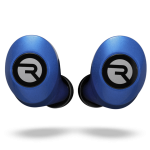