Take Control Books Editor-In-Chief Tonya Engst  has been noticeably absent from our roster for much of the summer. That’s because she and the Take Control team have been busy creating a new series, and now they’re unleashing it on the world. Take Control Crash Courses will offer timely, distilled information, with a few special twists, on subjects that you need to know about right now. Tonya explains the philosophy behind the series, why they have adopted a new layout to present the information, and how it will affect the regular Take Control book series. There are also web and social components to Take Control Crash courses that improve accessibility and encourage sharing the information, making them even more valuable. Tonya  has authored Read Me First: A Take Control Crash Course, the first in the series, and explains why you might want to become familiar with it so you can share it with new or novice Mac users. To help you get familiar with the Crash Course features, that book is free, so go try it out now!

Tonya Engst  spends her days immersed in Apple technology, serving as editor-in-chief at TidBITS Publishing, which she co-founded. She works behind the scenes on the  TidBITS  Web site (Apple news for the rest of us) and on the front lines of theTake Control ebook series  (highly practical, tightly focused ebooks about technology, mostly Apple-related), where she thinks about the big picture, edits many ebooks, and occasionally gets to write one. Follow her on  Twitter. 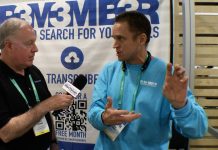