Jeff Carlson is the author of two new books, Photoshop Elements 9 for Mac OS X: Visual QuickStart Guide and Photoshop Elements 9 for Windows: Visual QuickStart Guide , both focusing on the new version of Adobe Photoshop Elements 9. Jeff explains why he and Peachpit decided separate books were best even though there is parity between the two platform versions of Adobe’s approachable photo editing software. New to this version of Elements is the Organizer; Jeff explains what it is, what you can do with it, and how it differs from Bridge. Jeff also talks about why Elements and iPhoto shouldn’t be compared, and what each does best, explains the new content-aware healing technology that is the shining star of Elements 9, and more.

Pushing Pixels with Photoshop Elements 9 by Jeff Carlson on TidBITS 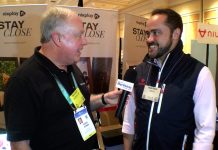